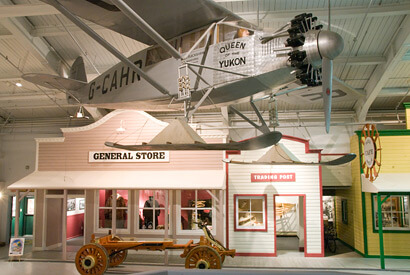 The replica Queen of the Yukon on display at the museum was commissioned by the Yukon Government for the Yukon pavilion at Expo ’86 in Vancouver. It was built by world-renowned harpsichord builder Ted Turner and his team of assistants on Pender Island, B.C. She is made almost entirely of wood with a welded steel frame and fabric covering. The replica took nine months to complete. After its debut at Expo, this Queen of the Yukon was donated to the Yukon Transportation Museum.

1927 would see the first registered airplane in the Yukon Territory, well, sort of. The Queen of the Yukon operated by Yukon Airways was the first airplane registered in the territory, however, because air travel was just in its infancy there was no actual registration for aircraft in the Yukon. That meant that Andy Cruickshank and Clyde Wann´s shiny new mail carrier was actually registered as an imported steamship!

The Queens of the Yukon, both one and two were a Ryan Brougham Mono-plane and is the same type used by Charles Lindbergh. Although, Lindbergh´s Ryan was heavily modified to complete the famous Trans-Atlantic journey. Choosing extra fuel tanks over seats or mail.

The Queen of the Yukon being the first commercial airplane in the territory made many historic flights. It was the first to deliver mail by air to Dawson City; a task it performed by dropping the mail from the sky as it was determined that the river ice was not significantly thick enough to land on. It was hoped that the Queen of the Yukon would serve a lengthy and profitable career. Yet, starting a brand new company in the late Yukon fall proved not to be the greatest of undertakings. The harsh winter temperatures would cause two engine failures by December of 1927. The Queen would remain grounded for the duration of the winter.
In May of 1928, barely one month after returning to service the Queen was involved in an accident on landing. A strong crosswind pushed the fledgling aircraft into the Model T truck of Billy Pucket, the agent for Yukon Airways. The Ryan aircraft was deemed a write-off. The Queen of the Yukon had not even served a year and was already needing to be replaced.

Pat Patterson was killed instantly, and the Queen of the Yukon II was beyond repair. The dynasty that was Yukon Airways and its queens was over. A third Queen was planned but another accident involving Yukon Airways´ other plane was too much to bare and the company folded. Despite serving an incredibly short life in the Yukon, the Queens of the Yukon proved the viability, at least in concept, of commercial air travel in the Yukon. 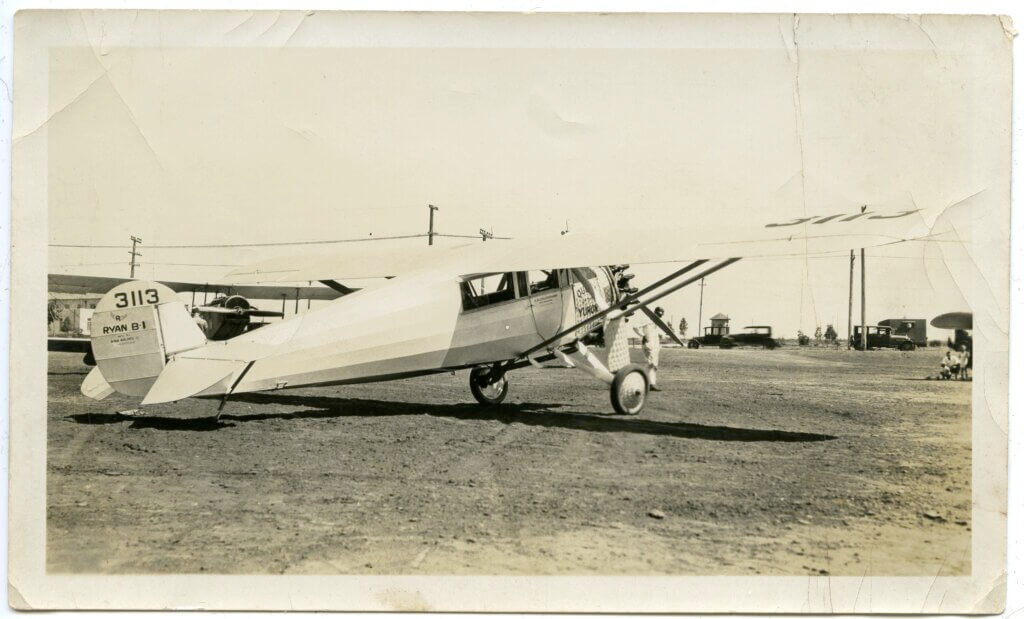 Queen of the Yukon, most likely upon delivery at the Ryan factory. She is marked with American markings and was re-designated G-CAHR upon entry into Canada. Queen of the Yukon was actually registered as an imported steamship! 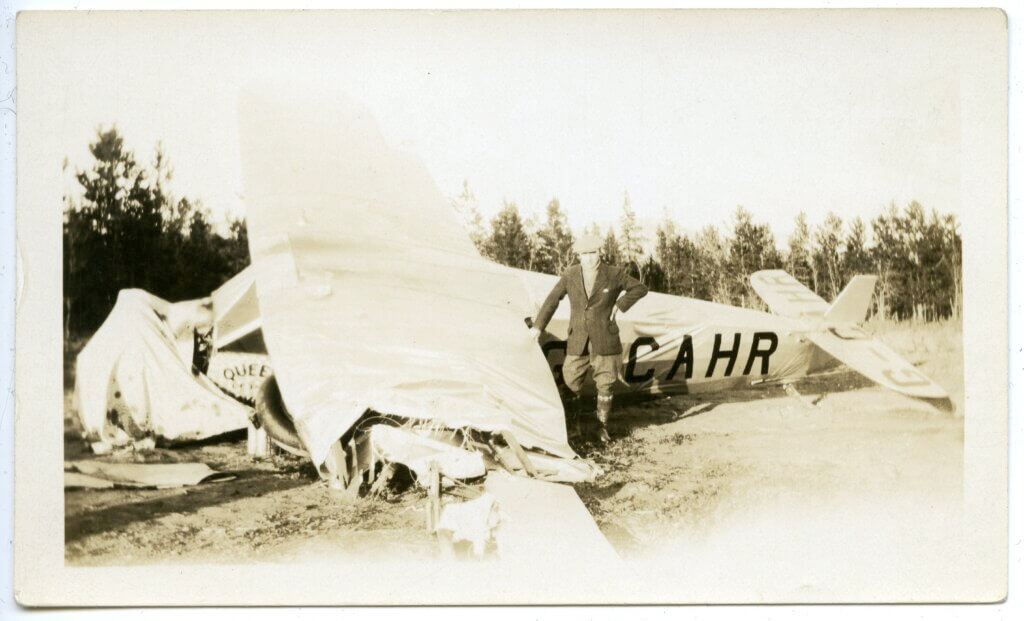 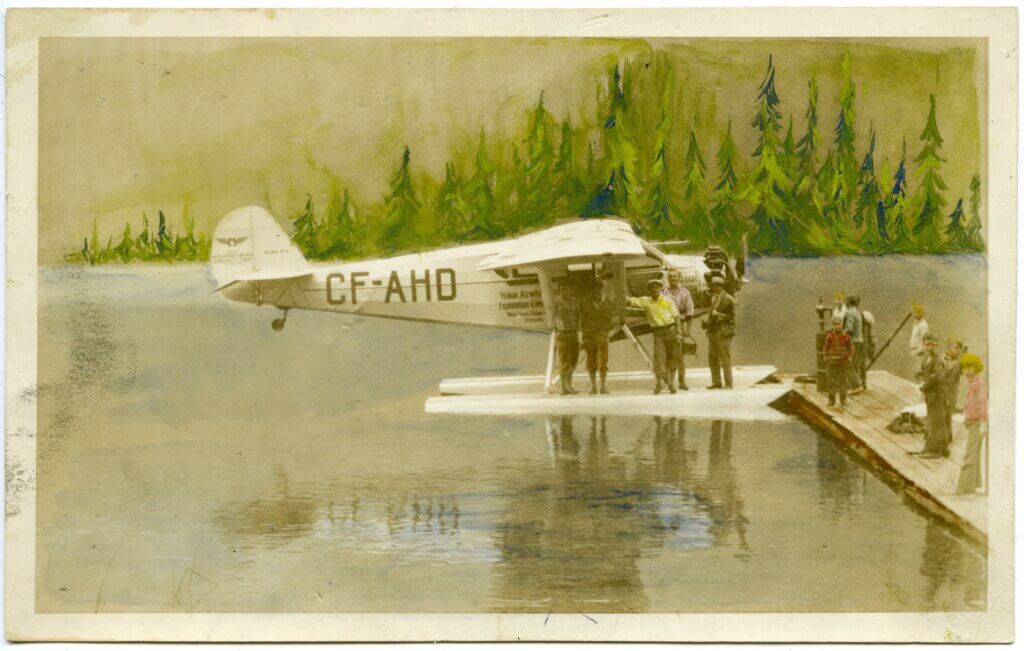 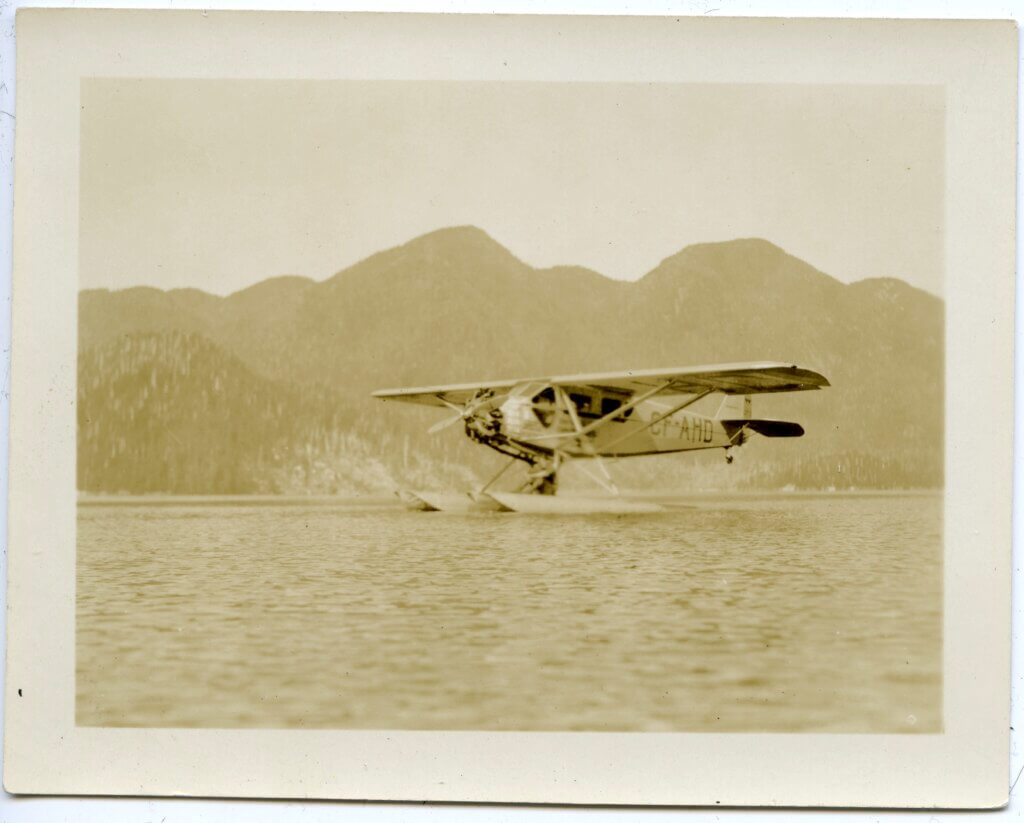 Queen of the Yukon II on her way north. It is suspected that this photo was taken near Ocean Falls B.C. Date 1929.

Wreckage of the fatal crash of Queen of the Yukon II just outside of Mayo. The pilot, Pat Patterson was tragically killed in the accident. One wing and fuselage visible. Date: November 1929.
Pat´s friend Gordon Stewart, who also worked for Yukon Airways, would leave the territory never to return shortly after the incident.