Three wreaths were made by YTM for Remembrance Day to recognize 100 years since the armistice of WWI. One was laid at the Whitehorse ceremony, one at the Dawson City ceremony and one was sent to Vimy Ridge for presentation at their ceremony.

In 1918 the Princess Sophia tragically sunk outside of Juneau, ‘taking the north down with her‘.  This disaster, the largest maritime disaster ever to occur on the Pacific Coast, was overshadowed by Armistice.  Everybody was so elated at the Armistice – everybody was so sick of death – that the Sophia disaster was all but forgotten.

This disaster is closely entwined with the Yukon River and her communities in both Alaska and the Yukon.  The intimacy of the Yukon River, WWI, and the Sophia disaster was the impetus for this memorial wreaths project.

Of course it was impossible to send wreaths everywhere, for example it would have been fitting to send one to all Yukon communities, or to Ottawa.  However within our abilities we chose the old capital (Dawson City), the new capital (Whitehorse), and what is known as the most celebrated Canadian victory (Vimy Ridge). 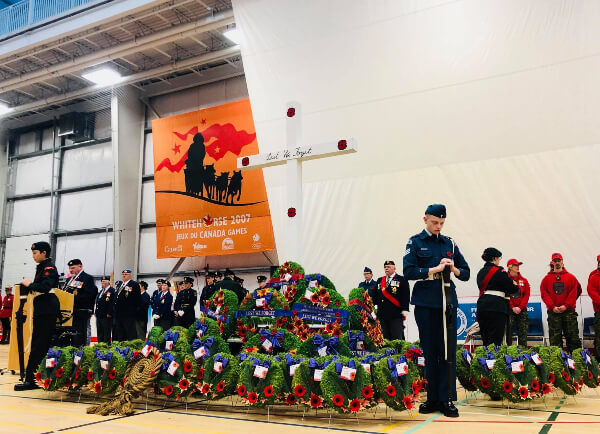 Periodically the SS Klondike replace their ropes: this was given with specific acknowledgement it is not an artefact, it is to be used within our exhibits and for programming. In 2015 the SS Klondike National Historic Site staff gave YTM this beautiful, dirty, oily hemp rope.

Creating Holiday Cheer with a Piece of the SS Klondike 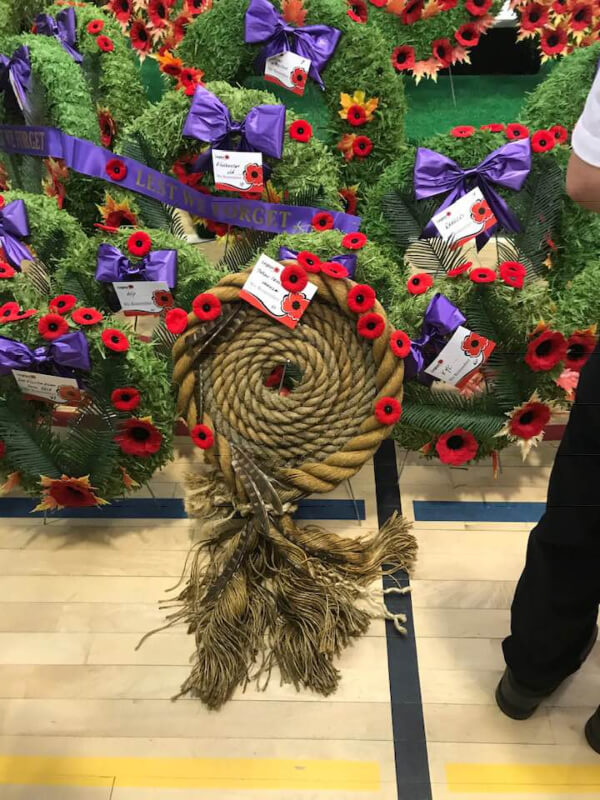 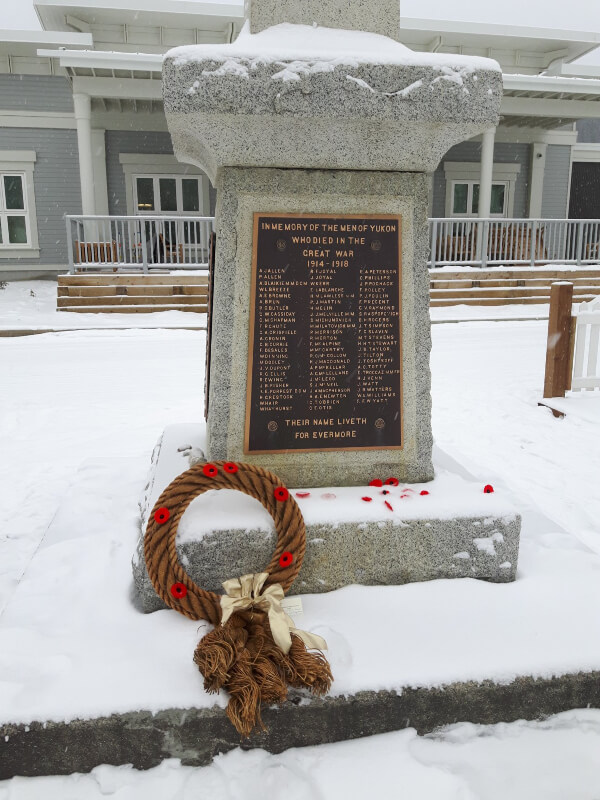 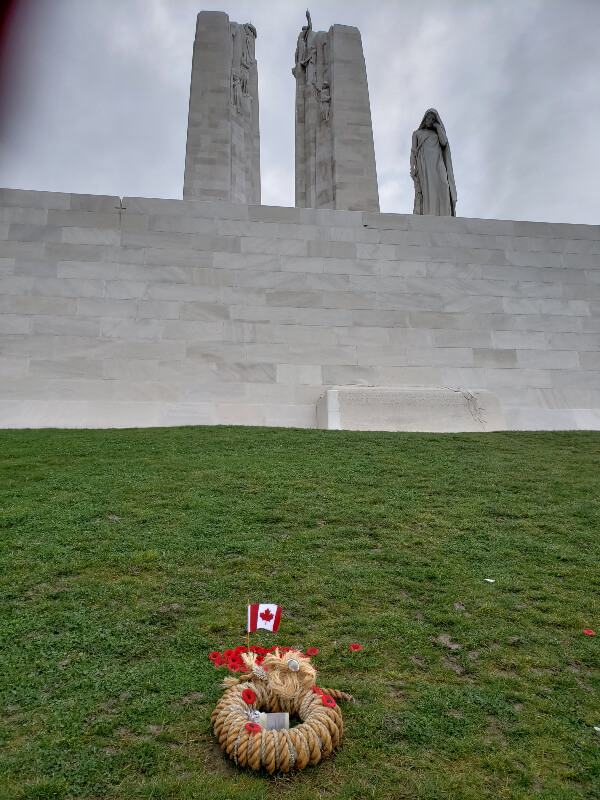