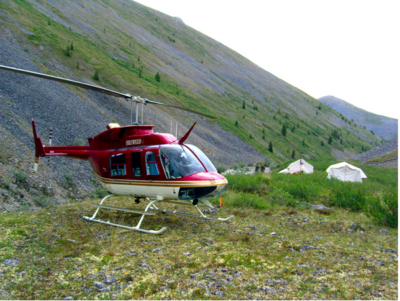 Helicopters have the distinct advantage over fixed wing aircraft in that they can take off and land vertically. Because of this incredibly useful ability they have been in service in the Yukon Territory since the early 1950s. Do you have an interest in early Yukon helicopters?… Come and see the museum´s Hiller 360, the first helicopter in the Yukon.

In the Yukon the Bell 206 can be found: supporting mineral and gas operations, delivering geological surveyors, transiting supplies to remote camps and workers, sightseeing adventures around the territory, and supplying skiers and snowboarders with access to some of the best riding in their lives. These activities would be impossible without the use of a helicopter.

The 206 has become to helicopters what the DeHavilland Beaver accomplished for fixed wing aircraft, it is a workhorse with a long service career and is a household name in the aviation field. It is a testament to the quality of the Bell 206, that only one Yukon Helicopter company does not currently operate a variant of the Bell 206. Pilots such as Delmar Washington and Doug Hladun have worked with the 206 for over 20 years here in the territory. This helicopter type has been performing a myriad of jobs in the territory since the 1970s, and shows no signs of stopping soon.

Yukon Transportation Museum does not own these pictures in any way, they are only used to provide a visual of these magnificent aircraft and their companies. 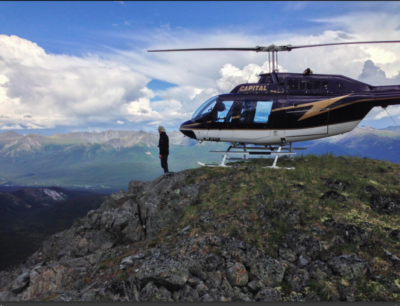 Bell 206B operated by Capital Helicopters 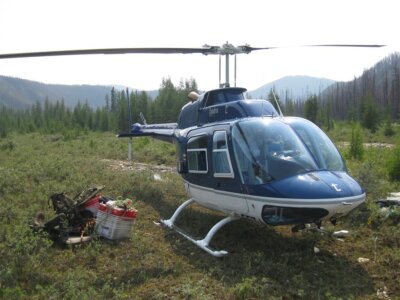 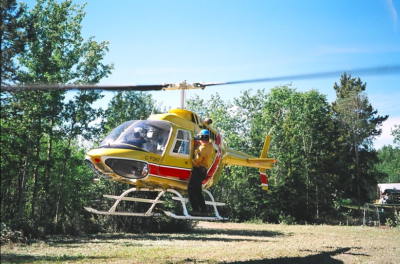