–
From its inception in 1953 until well past its production run ended in 1981, the Cessna 180 has been a constant sight in the commercial bush plane market, as well as with private pilots. The Cessna 180 has served numerous Yukon airlines such as Trans North Turbo Air, and Whitehorse Flying Service, with many other private flyers in the years since its introduction. The 180 is a jack of all trades airplane in terms of performance and abilities.

In Alaska as well as Yukon, the Cessna 180 was a common sight as a bush plane, and could handle tires, floats, and skis with ease. The airplane´s simple controls and lack of complex components made the Cessna 180 an approachable and consistent aircraft. Buz Landry, president of the International 180/185 Club, a club dedicated to the Cessna 180 and 185 models, says: “It flies fairly quickly, carries a good load, and can operate out of most rough and short strips.” Traits like that lend themselves perfectly to the wilderness of the Yukon Territory.

The first Cessna 180 to operate in the Yukon was run by Whitehorse Flying Service, the same company to have the first DeHavilland Beaver in the Yukon. The first Yukon Cessna 180 entered service in 1953 and was designated CF-EOO. The 180 and Beaver were the dynamic duo of commercial bush flying here in the Yukon. If a customer needed a small load, the 180 would be perfect, if a heavier load was required then the Beaver could pick up the slack. CF-EOO would shift colours and eventually wear the paint of Pacific Western Airlines. Shortly after CF- EOO dawned the PWA colours she was not heard from again and it does not appear that she is still registered.

All pilots will tell you that their aircraft is the most interesting, but how many can say that their particular aircraft was strapped to the outside of another airplane? Well, that is the case for Kyle and Sara Cameron´s personal 180. Their personal Cessna 180 originally built in 1957, was involved in an accident in 1973. It has since been rebuilt and continues to fly privately today. The 180´s commercial days here in the Yukon are for the most part over, being replaced with the newer and larger Cessna 206, but the Cessna 180 lives on privately with the likes of Kyle and Sara Cameron and the countless others who own and fly these quintessential northern airplanes.

–
Yukon Transportation Museum does not own these pictures in any way, they are only used to provide a visual of these magnificent aircraft.

Cesna 180 strapped to the outside of a DeHavilland Otter in 1974 on route to be rebuilt after an accident. 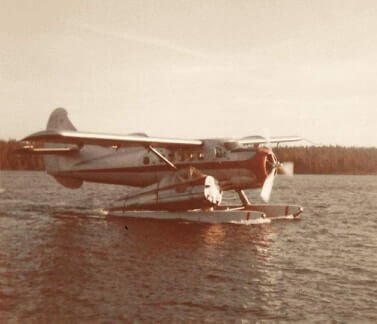 Kyle and Sara Cameron´s CF-JIU strapped to the side of a DeHavilland Otter, 1974. On route to its rebuild. This Otter still survives with Harbour Air´s fleet in Vancouver. It is the third Otter ever built. More information on this Otter here: – https://www.dhc-3archive.com/DHC-3_3.html?fbclid=IwAR3xBDepsdJDJVEp4ci3IgDxPM0YNesizRgmUt2zcaex_d1wqLRpGjEvzKk 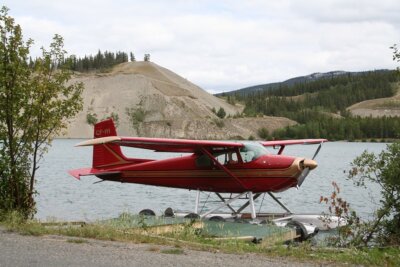 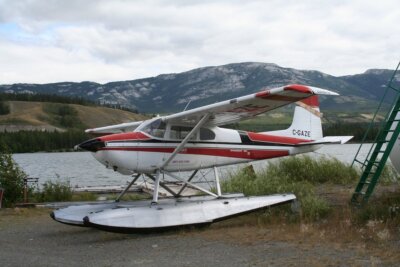 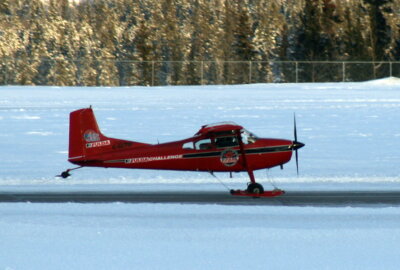