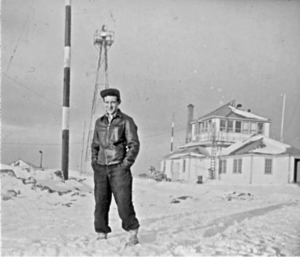 We send our deepest condolences to his family and friends.

Doug Bell grew up on the Canadian prairies and dreamed of being a fighter pilot as a teenager during the last years of the Second World War. After the war, his training as an aeradio operator placed him and his young wife, Pearl, in camps and towns in northern British Columbia and Yukon. He worked on the Northwest Staging Route, a series of airports and landing strips that stretched from Edmonton through Alaska. War-time pilots used the route to deliver military aircraft to Alaska and the Soviet Union and to support defense projects in the northwest. After the war, the aeradio operators stayed fundamental to the safe use of the route by commercial and private planes. Doug and Pearl spent three years at Beatton River, an emergency landing strip on the Northwest Staging Route, where they made life-long friends and learned to love the north. This book is a personal memoir, “a cord and a half of everyday stuff,” and a tribute to western Canada’s aeradio operators. 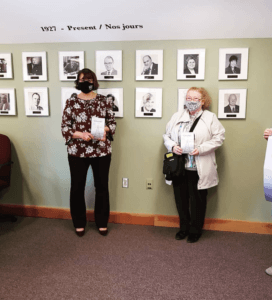 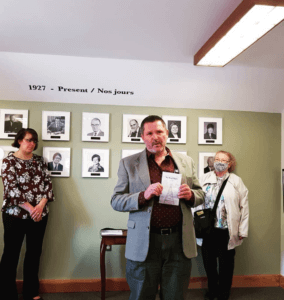 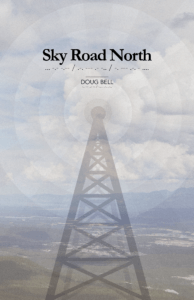 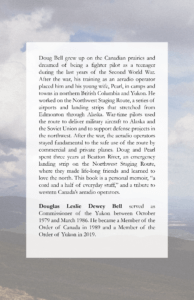