Stories of the ‘Black Corps of Engineers’

As many of you know, 2022 marks the 80th anniversary of the construction of the Alaska Highway. The ‘Gravel Magnet’ was completed in an astonishing 8 months and 12 days (at least to the level of being passable by heavy trucks!) and has become known as one of the greatest engineering achievements of the 20th century. 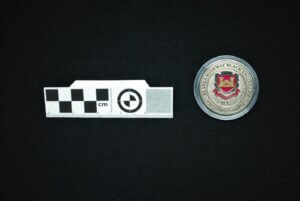 Many of the Black Corps of Engineers never got their proper due: their accomplishments have often been overshadowed by other events and actors from WWII, or even dismissed by historians as irrelevant to the overall war effort. Many of these efforts at erasure were surely the result of simple racism. Luckily, attitudes are beginning to change, and new stories (and new characters) are emerging.

Characters like James A. Mitchell from Suffolk, Virginia. Beginning in April 1942, James served in the 93rd Regiment of engineers during the construction of the Alaska Highway. He also served in the Aleutian Islands in 1943.

His son Ceylon, who later joined the Air Force himself, remembers hearing stories about the highway from his father James: tall tales about driving trucks, operating earth moving equipment and building bridges somewhere in the far, far north.  Ceylon did his part to commemorate the work of his father and the rest of the Black Corps of Engineers by working to create the limited edition commemorative silver coins that you see in this post. This coin is now part of our artefactual collection at the museum. 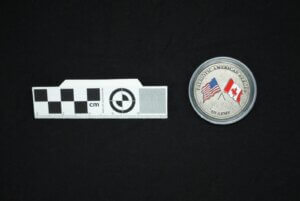 Back side of the coin, featuring both countries’ flags

History is constantly changing around us, and the story of the Alaska Highway is a great case study for any student of history: we must all pay attention to which voices get heard, which narratives get amplified, and which stories are allowed to be told. We’ll be delving further into the highway this year, so follow along for more perspectives on this 2,000 km stretch of road that is somehow so much more.

Thanks to Nicole Lamb, Collections Registrar at YTM, for her research assistance on this post.